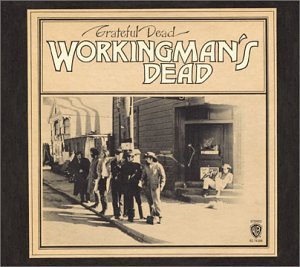 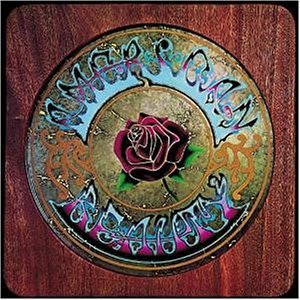 2 Albums that are must to any audiophile!!!

In 1970, the Grateful Dead released 2 albums that are absolute masterpieces - Workingman's Dead & American Beauty. These 2 Grateful Dead albums are a must to any music collection. Even if you're not a Dead-head, these albums are the cream of the crop in terms of influential americana legendary albums.

I was a big fan of the show Freaks and Geeks and it was beautiful that they actually made a reference to American Beauty and its impact. These albums are not Jam albums but rather song based albums. For some this would be a turnoff but considering I'm a music writer at heart - these power the engines that warm my bluegrass heart.

Stop delaying, download it, burn it, listen to it, buy the record (-not the CD, the record-).

Just to finish it off, read this:
Ripple

If my words did glow with the gold of sunshine
And my tunes were played on the harp unstrung,
Would you hear my voice come thru the music,
Would you hold it near as it were your own?

It’s a hand-me-down, the thoughts are broken,
Perhaps they’re better left unsung.
I don’t know, don’t really care
Let there be songs to fill the air.

Ripple in still water,
When there is no pebble tossed,
Nor wind to blow.

Reach out your hand if your cup be empty,
If your cup is full may it be again,
Let it be known there is a fountain,
That was not made by the hands of men.

There is a road, no simple highway,
Between the dawn and the dark of night,
And if you go no one may follow,
That path is for your steps alone.

Ripple in still water,
When there is no pebble tossed,
Nor wind to blow.

But if you fall you fall alone,
If you should stand then who’s to guide you?
If I knew the way I would take you home.